Power in my hands on DVD

POWER IN MY HANDS (NOW ON DVD)

A story of Hope and the Power of Prayer 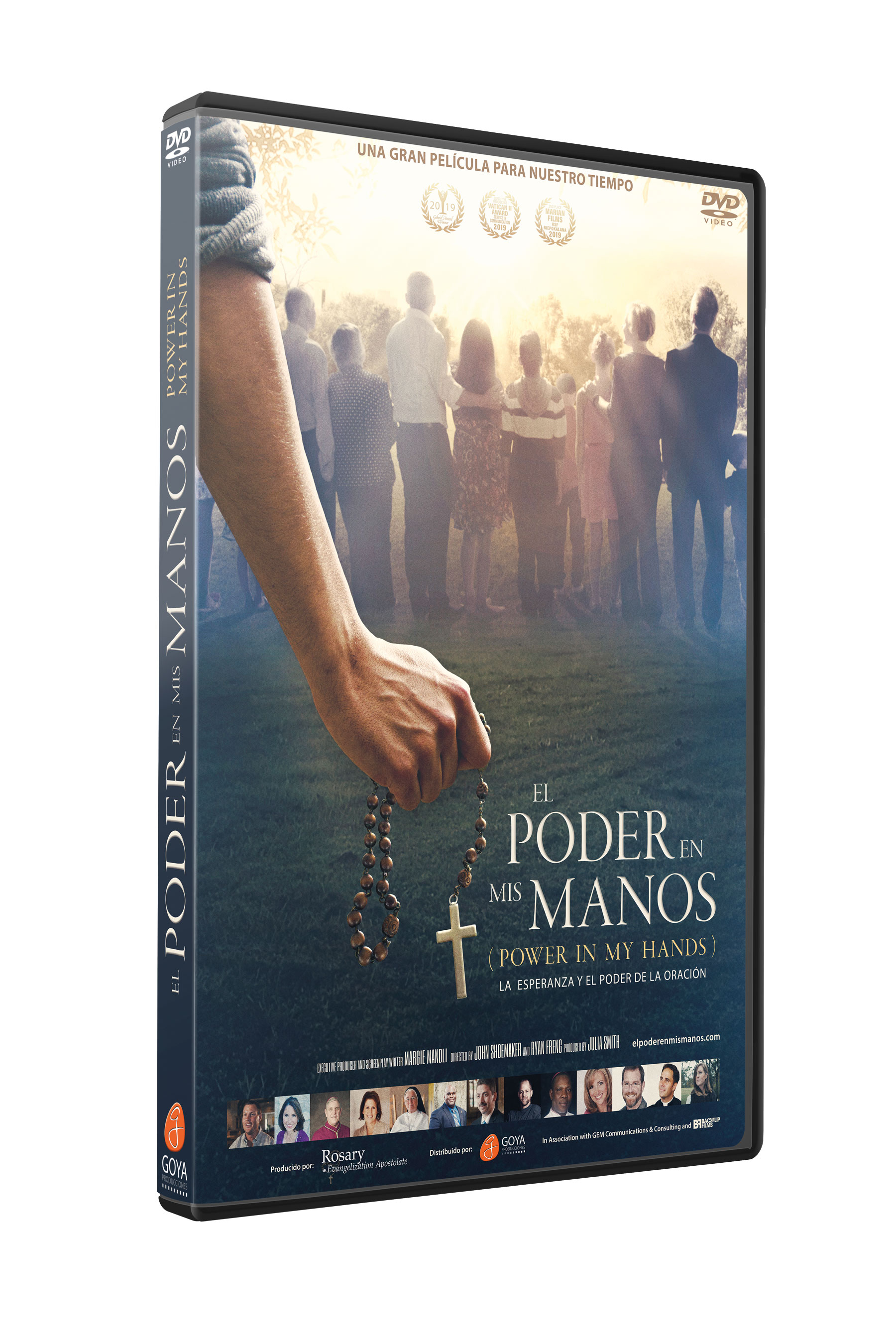 “Power In My Hands” is a film that uncovers the beauty, timelessness and power of the rosary. Its primary purpose is to help viewers understand the power to revitalize America – a society in spiritual crisis, and instill an active response to the Blessed Mother’s plea for prayer. Hope through Jesus Christ is the ultimate goal of this film.

Throughout history, humanity has been urged to respond to great needs and spiritual crisis. In modern times, this has been seen from the pleas of St. Pope John Paul II to Pope Benedict XVI to Pope Francis. And the Mother of Jesus Christ has called upon humanity to respond as noted in various major approved apparitions. We have only to look at the messages given at Fatima, Akita in Japan, Kibeho in Africa and most recently in San Nicholas in Argentina approved by the Church in 2016.

In Power In My Hands, prominent individuals and others will not only present the beauty and power of the rosary, but also share their personal witness to this power in one’s hands. Additionally, the film will feature unique stories of ordinary families and individuals from across America. Here are a few from the cast of the film.

Philip Rivers, quarterback for the NFL Los Angeles Chargers (formerly San Diego Chargers) , gives witness, as a husband and father of eight children. He shares how his Catholic faith and reliance on the rosary plays a part in his athletic career and daily life.

We’ll hear from the Nancy Salerno, a wife and mother in Wisconsin, who has raised four children, one of whom is severely disabled and how the rosary has carried her through the many ups and downs of raising a special needs child.

Deacon Harold Burke-Sivers from Portland gives a beautiful witness to being raised fatherless, and how miraculously, his father was later moved in a radical conversion to faith and resulting peace.