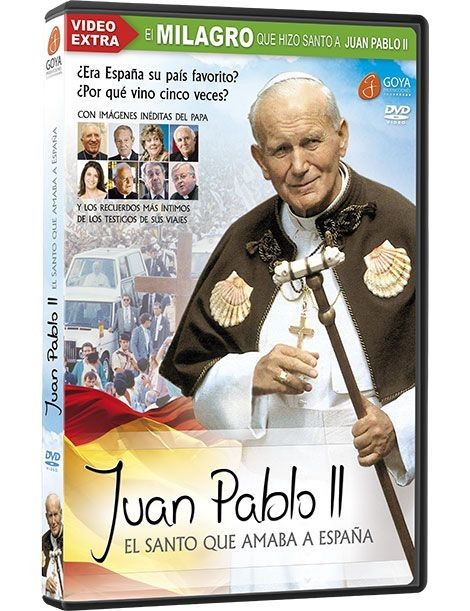 DVD JOHN PAUL II, THE SAINT WHO LOVED SPAIN. Includes the documentary with the miracle that the Saint did. Regarding to his five shocking visits, whose images will fascinate us, we listen to the retrospective impressions of the most eyewitnesses.... read more

TRAILER of the Miracle (spanish)

EThis video is more than a simple memory, it is an investigation. Did John Paul II have a predilection for Spain? If so, why? Did he think that Hispanics would mark the future of the Church? Did he foresee the election of a Latin American Pope? This film reveals an exciting enigma.

Reminding his five striking visits to Spain, whose images will fascinate us, we listen to the retrospective impressions of the most outstanding witnesses. It contains exclusive interviews and anecdotes never told before. No one so far had exposed so vividly the complicity between Spain and John Paul II .... 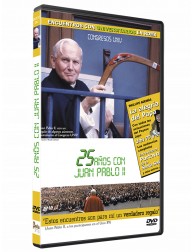 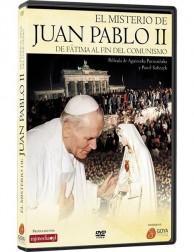 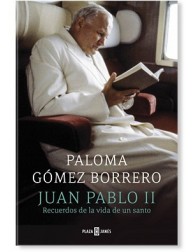 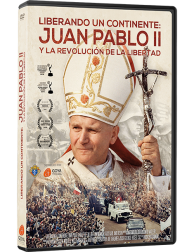